OTL: Michael Jordan Has Not Left The Building – ESPN:

THE OPPOSITE OF this creeping nostalgia is the way Jordan has always collected slights, inventing them — nurturing them. He can be a breathtaking asshole: self-centered, bullying and cruel. That’s the ugly side of greatness. He’s a killer, in the Darwinian sense of the word, immediately sensing and attacking someone’s weakest spot.

[Same thing about Jobs. Same things about Lance. There are certain types of greatness that make it easy to, maybe nearly demand this behavior. I don’t think it’s required. I think it’s a flaw. But possibly one that keeps them human in the face of the searing burn they demanded of themselves.]

A VC: The Management Team – Guest Post From Joel Spolsky:

The “management team” isn’t the “decision making” team. It’s a support function. You may want to call them administration instead of management, which will keep them from getting too big for their britches.

When two engineers get into an argument about whether to use one big Flash SSD drive or several small SSD drives, do you really think the CEO is going to know better than the two line engineers, who have just spent three days arguing and researching and testing?

[Recently Joel was kind enough to have some of my team over for lunch and a tour of the FogCreek offices. It was great to see Joel again and it was interesting to see how well the design of the offices held up. I agree with the above completely. I’m there to help my team do what they need, not try and figure out everything myself. As Joel concluded… “It means hiring smart people who get things done—and then getting the hell out of the way.” I try to do just that every day.] 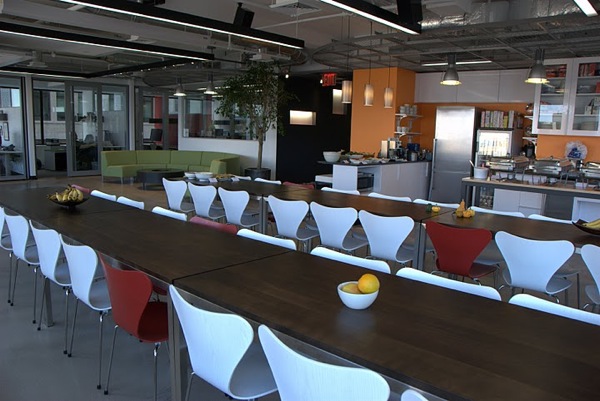 If you’re going to strike early, you must strike hard. A strong offering is strong at any time. The same goes for a weak one. The difference is knowing what you have, and adjusting the message accordingly. Sony did not do that yesterday, and has now lost the opportunity to do so tomorrow.

[I continue to believe it’s easier to get these thins wrong than get them right.]