On my bike, when I am aware, which is almost always, I am aware of being me, or, more rare, of simply being, or, more often, aware of the riding, and sometimes of how my bicycle and I relate or of something I hope to put into words. If those words ever feel at all to anyone anything like a ride, or if in them riders recognize themselves, I have done my part, whatever my part is.

[Well that ain’t gonna happen with this description… but the rides are beginning to feel good. Joyous and overflowing with beauty. It was cool outside this morning so I pulled on arm warmers until I hit the climbs. The gnats that have been bit of a plague on the climbs were MIA. Two woman flying down a decent left an odiforous wake of sunscreen mixed with detergent(?) that nearly gagged a pair of hikers kitting up on the side of the road. The riders were also talking so loudly a deafness warning zone should have been established around them, so now I have some potential new additions for the Velominati rules. As it was a fleeting encounter, we collectively shook our heads, smiled and moved on. The little cottage (rectory?) of the Church in the Woods is being rebuilt and is coming along quite nicely. And as you can again see from the above, the anglers stayed home.

By the time I rolled home Noah had saved the world at least twice (evil ninja’s, storm troopers, who knows from what else) and was headed out the door to get some summer reading books and to meet his friend at the book store.

Below, you can see my Oma making her entrance to the celebration of her 100th birthday. 61 (not counting babies) of her immediate family, their spouses, nieces, nephews, and including grandchildren, great grandchildren and great great grandchildren were able to attend. Those who were not able to make it were missed. Beneath that is some of the food that was served and why the scale yelled at me this morning. But what is one supposed to do? We waited 100 years to have this celebration. I doubt I’ll be at the next one… Allez!] 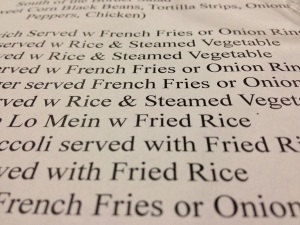